The go-ahead for the test phases 2 and 3 to detect wildfires with the long-range drone Avy Aera, was initiated today. The Veluwe Forest Fire Committee (VBC) and Avy are jointly investigating the use of drones for the early detection of wildfires. Using artificial intelligence to find such fires is new in The Netherlands. The capability of obtaining real-time imagery with a camera is also unprecedented. Test phase 1, which took place in February demonstrated that the drone can distinguish a wildfire at a great distance. The aim of this next phase is to optimise the routes of the Avy drone to automatically recognise and detect wildfires.

Drones as an alternative

Until now, planes have been used to monitor nature preserves against fires in The Netherlands. This project investigates whether the use of drones can be an alternative in the Hoge Veluwe National Park. Due to climate change, wildfires are becoming more frequent, making monitoring increasingly more important. It is expected that gains can be made with drones in terms of speed, size of the area monitored and real-time imagery shared with the control centre. Additionally, working with drones emits less CO2. The analysis of the costs and benefits of the situation in The Netherlands will follow in the autumn during phase 4. At the same time, work is being carried out to improve the artificial intelligence for wildfire recognition and detection, in which preparations will be made for full integration with the control centre (phase 5).

Working towards an autonomous system

Arnoud Buiting, chairman of the Dutch National Network for Wildfires, about the test days: “In this phase, Beyond Visual Line of Sight will be flown for the first time for the fire brigade in the Dutch public space. The drone is unique in terms of meeting safety requirements and we are working step by step towards an autonomous system with the drone docking station. The ultimate goal is national integration with the control centre. Patrique Zaman, CEO of Avy, adds: “The lower costs make it possible for Avy to be operational more often and the artificial intelligence allows drones to be independent of human eyes and any obstructions, such as clouds. This makes the use of drones more reliable and makes earlier detection possible. A true win-win!”

Artificial intelligence is being used for the first time in the Netherlands to detect fires more quickly. For this reason, Avy is working together with the Dutch software company LIVEOP. Jan van de Poel, chairman of the National working group, about LIVEOP: “This fire recognition software can determine in real time and with great accuracy whether the images show fire or smoke development. A possible fire can thus be detected at an earlier stage. This reduces the chance of it spreading and the damage it causes. In other words, the earlier we are there, the better.”

The design of the self-flying Avy Aera reflects the refined principles of Dutch design. This aerial drone can take-off and land vertically, making hard-to-reach places accessible. The drone is capable of covering long distances thanks to its wings, making it about ten times more efficient than conventional drones. Avy’s drone network is fully electric, emission-free and operates at low noise levels. The future of aviation has arrived. Avy is currently active in the European and African markets. See avy.eu.

The Veluwe Forest Fire Committee has commissioned the study into the use of Avy drones for detecting forest fires. The foundation is financed by Veluwe municipalities in the operating areas of ​​the North Safety Region and East Gelderland (VNOG) and Safety and Health Region Gelderland-Midden (VGGM). The Utrecht security region is also participating in the project. 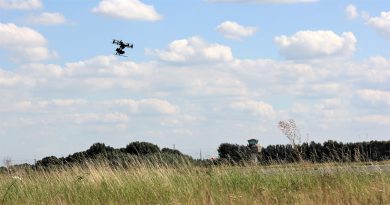 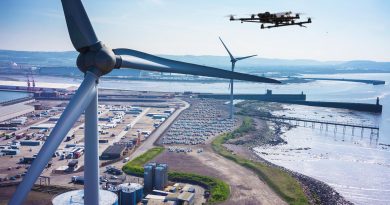 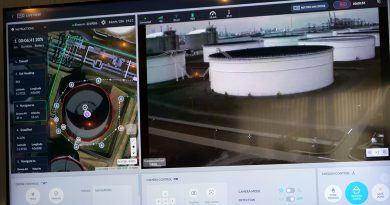