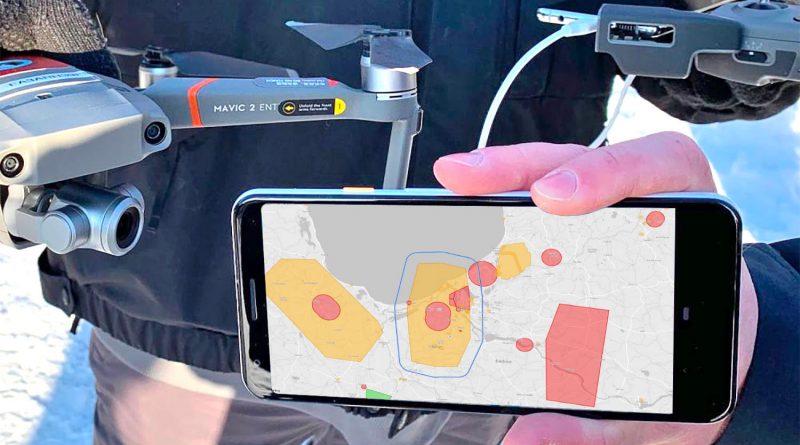 The European aviation agency EASA has recently made an update available on the European regulations for drones. This includes a standard for the introduction of ‘geographical zones’. This should ensure that there is an unambiguous drone map of Europe, which will be automatically loaded into the memory of your drones in the future. In this article you can read how and when you will have to deal with this as a drone pilot.

You have probably heard of the concept of geofencing. This is a technique that ensures that a drone cannot take off in places where it is not intended to be, for example near an airport. Geofencing can also ensure that a drone pilot receives a warning for the presence of a zone where flight restrictions apply. It is then up to the drone pilot to determine whether the flight may still be carried out.

Geofencing works on the basis of a digital drone map, on which, in addition to airports, nature reserves, detention centers, water treatment plants, industrial areas and critical infrastructural works can be drawn. The system intervenes depending on the current GPS location of the drone. This can be at the moment of take-off, but also in the air, as the drone moves towards the edge of a no-fly zone.

Until now, drone manufacturers themselves determined whether geofencing was built in at all, and if so, how. DJI was leading in this area; other drone manufacturers, such as Parrot and Yuneec, chose not to use geofencing, but to incorporate the much simpler system for geocaging (where the drone always remains within a preset distance from the take-off location). There are also many drones on the market that have no geofencing or geocaging on board at all. The problem with DJI is that the geozones often do not correspond to reality.

That will change after 1-1-2023. From that date, drones with the then mandatory Cx label must be provided with geofencing as standard (with a few exceptions). The manufacturer must also ensure that the drone always has the most current digital drone map in its memory. The idea is that the map is automatically refreshed as soon as there is an active internet connection.

To ensure that all drones have the same information, work had to be done first on a European standard for the digital drone map. Only then will drones be able to process geozones such as airports and other no-fly zones in an unambiguous way. This standardized drone map also matters for apps like GoDrone; eventually all drone apps should display the no-fly zones in the same way. And in such a way that even people without extensive aviation knowledge understand the map.

For this reason, the European aviation agency EASA has developed a standard for the uniform processing of ‘geographical zones’. A working group considered the selection of a format to process this form of geodata. That became EUROCAE ED-269. In the future, member states must provide all no-fly zones and zones with other flight restrictions (such as low-flying areas) in this format. Subsequently, all drones with a C1, C2, or C3 label can read the digital drone map, regardless of the brand or model.

Apps that show drone pilots where they are allowed to fly (such as GoDrone) will also switch to the new standard. That means that all apps at some point will contain the same information, which will be displayed in the same way. In terms of user interface and appearance, there can of course be differences between apps, but the position and size of zones should be displayed in an unambiguous way in the future.

The map below shows an example of what the European drone map could look like. The legend is as follows: red areas for ‘hard’ no-fly zones, yellow areas for restricted areas (e.g. low-level flight areas), green areas for less restricted areas (such as model airfields or test areas), and blue-lined areas that (in the future) represent the presence of U-space regions.

Hopefully, the EU’s uniform digital drone map will reduce confusion about where you can and cannot fly your drone, especially when operating across borders. Furthermore, the adoption of the EUROCAE ED-269 standard for the digital representation of geozones means that drones with a Cx label are one step closer.

Of course, the implementation of the system depends on the involvement of the various Member States. After all, they are responsible for designating geozones themselves. It may well be that some countries will mark excessively large areas as no-fly zones for drones (think of the discussion about Natura 2000). Or that, under the guise of ‘privacy’, entire villages and towns are designated as a no-fly zone (something that is not inconceivable in Germany). In addition, Member States must ensure that certain zones (including future U-space areas) are also communicated to manned aviation via NOTAMs.

Speaking of U-space: there is a good chance that U-space will provide large blue-lined areas on the European drone map in the future. In those areas, you must pre-register every flight and ensure that you are in communication with a U-space Service Provider (USSP) during the flight so that the location and direction of flight of your drone can be communicated to other airspace users. It is not yet possible to say with certainty how this will work out for drone pilots, as the implementation scheme is still under consultation. 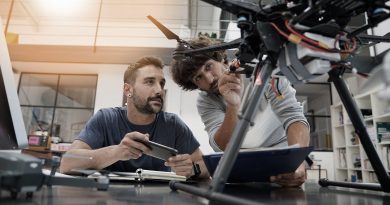 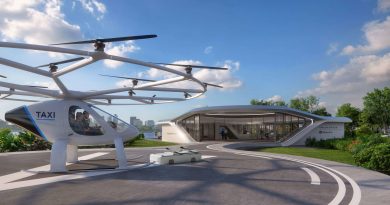 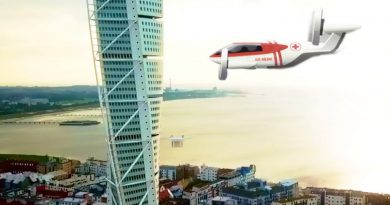