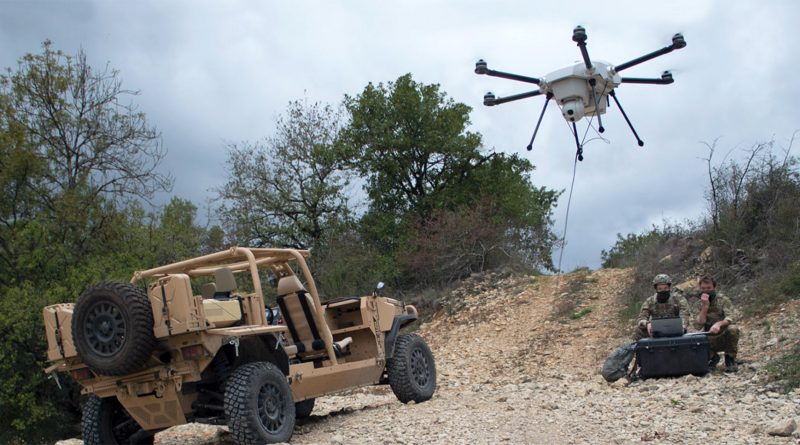 Elistair is proud to announce the official launch of ORION 2, our most advanced tethered UAS for military, security and industrial applications. Unlike other multi-rotor drones, the Orion 2 hexacopter safely delivers round-the-clock surveillance for up to 24 hours at a time, making it a true persistent surveillance platform.

“Small, unmanned multi-rotor systems are becoming more and more popular as a surveillance capability, but they’re also notoriously short on battery life,” said Timothée Penet, CTO and co-founder of Elistair. “Powered tethering stations, like our Safe 2 and Ligh-T4, offer a solution by increasing a platform’s time in the air—and that’s great for many missions. But what if you need to be on station for a whole day? This is where Orion comes in.”

The ORION 2 hexacopter is designed as a quick-deploy system (automated push-button takeoff and landing) that can stay in the air for over 24 hours at a time—something that, previously, could only be done by a helium-filled tactical aerostat, which is a much larger platform and comes with a very complicated logistical train.

“We developed redundancies at every level to ensure that the Orion 2 could stay up that long,” Pierre-Moana Levesque said R&D Director at Elistair. “We greatly increased the area covered by a single system. We also increased its persistence thanks to various new features and improvements such as an IP54 level, an optimization of the component’s lifespan including the motors, a safety battery that could recharge in the air, and so on.”

Designed for the field

With its micro-tether of 330 feet (100 meters), the Orion 2 flies higher than its predecessor and can provide a surveillance picture over a wider area. It can also carry up to 2kg (4.5 pounds) of payload, so it can serve simultaneously as an ISR and telecom platform. The Orion 2 can also stream georeferenced electro-optical and infrared imagery at the same time, and it can deploy 4G/5G communications nodes thanks to a new fiber optics cable option.

“Based on the success of Elistair’s flagship Orion UAS, the Orion 2 sets the standard in terms of persistence, operating height and deployability. We are thrilled by this product launch which is the result of operational feedback from our customers all over the world” Guilhem de Marliave, CEO and co-founder of Elistair. 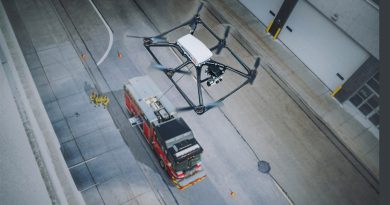