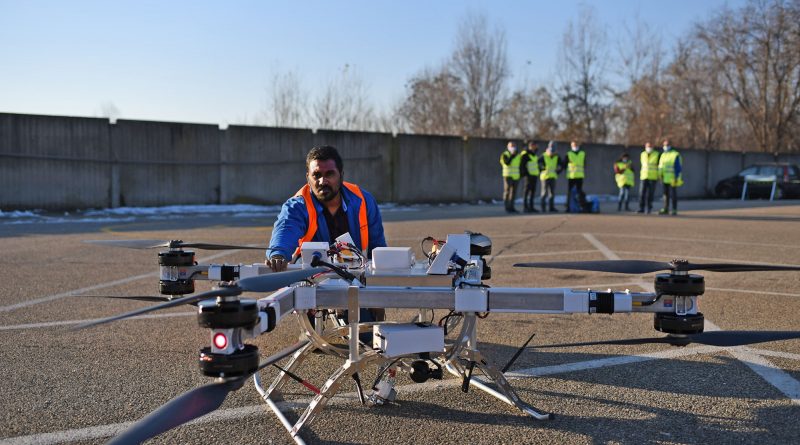 An important milestone for the future of urban air mobility (UAM) has been witnessed this week in the Italian city of Torino, where European leader of industrial cargo Drones, FlyingBasket, performed the first urban area flight operation. This flight was part of a logistic demonstration in collaboration with Leonardo, an Italian global high-technology company, among the top world players in Aerospace, Defense and Security, and Poste Italiane, the Italian postal service provider.

The eVTOL cargo drone FB3 with 100kg payload capability has been in commercial operation since 2020, when FlyingBasket received the first operational authorization to perform complex logistic missions in sparsely populated areas. Having accumulated ample experience as a Drone operator across several European countries, FlyingBasket was distinctively the reliable choice for this pilot project.

The mission began from the coordination center of Poste Italiane in Torino (Piedmont, Italy), where delivery packages were transported by 2 heavy lift drones, designed, and operated by FlyingBasket, over the Stura di Lanzo river. One drone with a cargo compartment and another with a sling payload carried 26 KG each over a 3.9 KM distance to the destination point. The sling payload with a cargo hook makes convenient delivery possible without the need for landing infrastructure whereas, the cargo compartment is designed to facilitate easier cargo handling. The demonstration set out a compelling instance for beyond pilots’ visual line of sight, or BVLOS flights in the advanced air mobility (AAM) context.

CEO, Moritz Moroder – “The future of logistics lies with autonomous cargo transportation. This mission demonstrated the incredible potential of cargo drones in metropolitan areas. Today we transport 100kg with a single drone, in the future a fleet of autonomous drones will not only be able to keep up with rising logistics demand, but also increase flexibility and reduce delivery time.”

FlyingBasket is at the forefront of the drone industry, as the company was the first in Europe to receive confirmation for cross-border operations based on the Operational Authorization granted by Italian aviation authority, ENAC. ENAC granted the Operational Authorization in the city of Torino to FlyingBasket, based on the risk assessment, the demonstrated safety level of the operations and the design of the FB3 drones that once again proved their reliability in challenging environments.

With such advancements, the UAM sector is gaining significant momentum, encouraging proactive measures by key stakeholders in supporting the development of automated and sustainable logistics. Along with regulators and industry leaders, FlyingBasket is determined to continue working towards offering efficient and flexible drone solutions in safety-critical environments across Europe and soon, worldwide.

FlyingBasket is an Italian company based in Bolzano (Italy), specializing in the design, production, and operation of cargo drones, with up to 100kg payload capability today. The company was founded in 2015 and since its inception it has become the benchmark in the commercial cargo drone industry. FlyingBasket provides drone transportation services to companies in Logistics, Energy, Telecom and other sectors. In addition to drone services, Flyingbasket offers regulatory support to its customers as well as training for drone license through its flight school, FlyingBasket Academy. With a highly international mix of cultural and educational backgrounds, the FlyingBasket team is rapidly growing and working towards unlocking the full potential of this innovative technology. 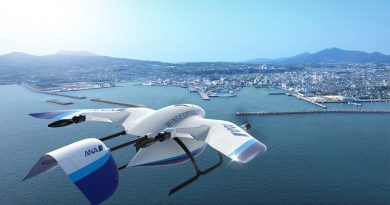 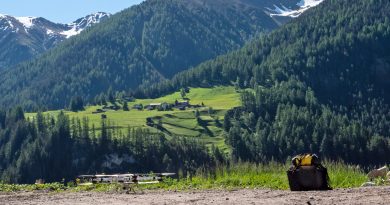 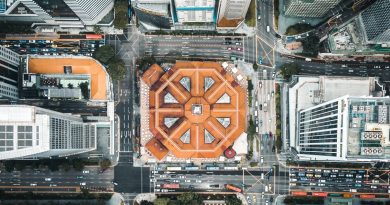