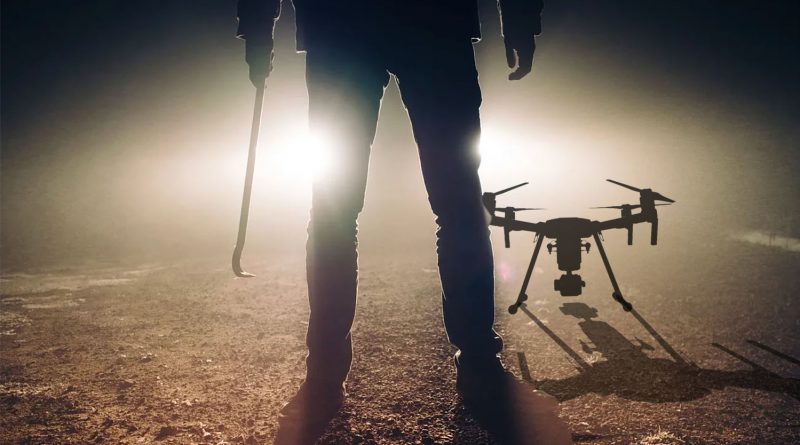 In addition to a fly-away or crash, there is another very annoying way to lose your drone, namely theft. Unfortunately, in practice it turns out to be virtually impossible to get a stolen drone back, since manufacturers offer few tools in that area. The new website Stolen Drone Info should provide a solution. After entering data such as make, model and serial number, the system will actively search for the stolen drone.

The Stolen Drone registry is an initiative of the Australian cybersecurity company DroneSec. According to DroneSec, drone manufacturers are developing more and more tools to counteract a fly-away, for example, and if your drone unexpectedly lands far away, a ‘find my drone’ function allows you to see on a map the last known GPS location of the drone. But when a drone is stolen, such tools offer no solace and as a drone pilot you are literally and figuratively empty-handed.

The fact that stolen drones are so difficult to trace is especially problematic because, according to DroneSec, they are often used for criminal activities, such as smuggling or espionage. To prevent the rightful owner from being associated with misuse on the basis of, for example, a serial number, it is extra important to take immediate action after the theft of a drone.

DroneSec’s solution consists of a live database of current data from drones that have been identified as stolen, including make, model, serial number and date & location of loss. Users from all over the world can use the system to report a lost or stolen drone. It is also possible to report recovered drones.

To increase the chance of a match, Stolen Drone provides the necessary automation. For example, the system actively scans websites such as eBay and Facebook Marketplace for placements that show similarities with reported missing drones. In addition, the system works better the more details are entered into the Stolen Drone database. As soon as a potential match has been found, the robbed drone pilot will receive a notification.

In addition, DroneSec has linked 300 sensors to the system that collect information from flying drones worldwide. As soon as the serial number of a drone identified as stolen is picked up, the system will sound an alarm. DroneSec even says it will offer a feature that allows enforcers to track flights with stolen drones. 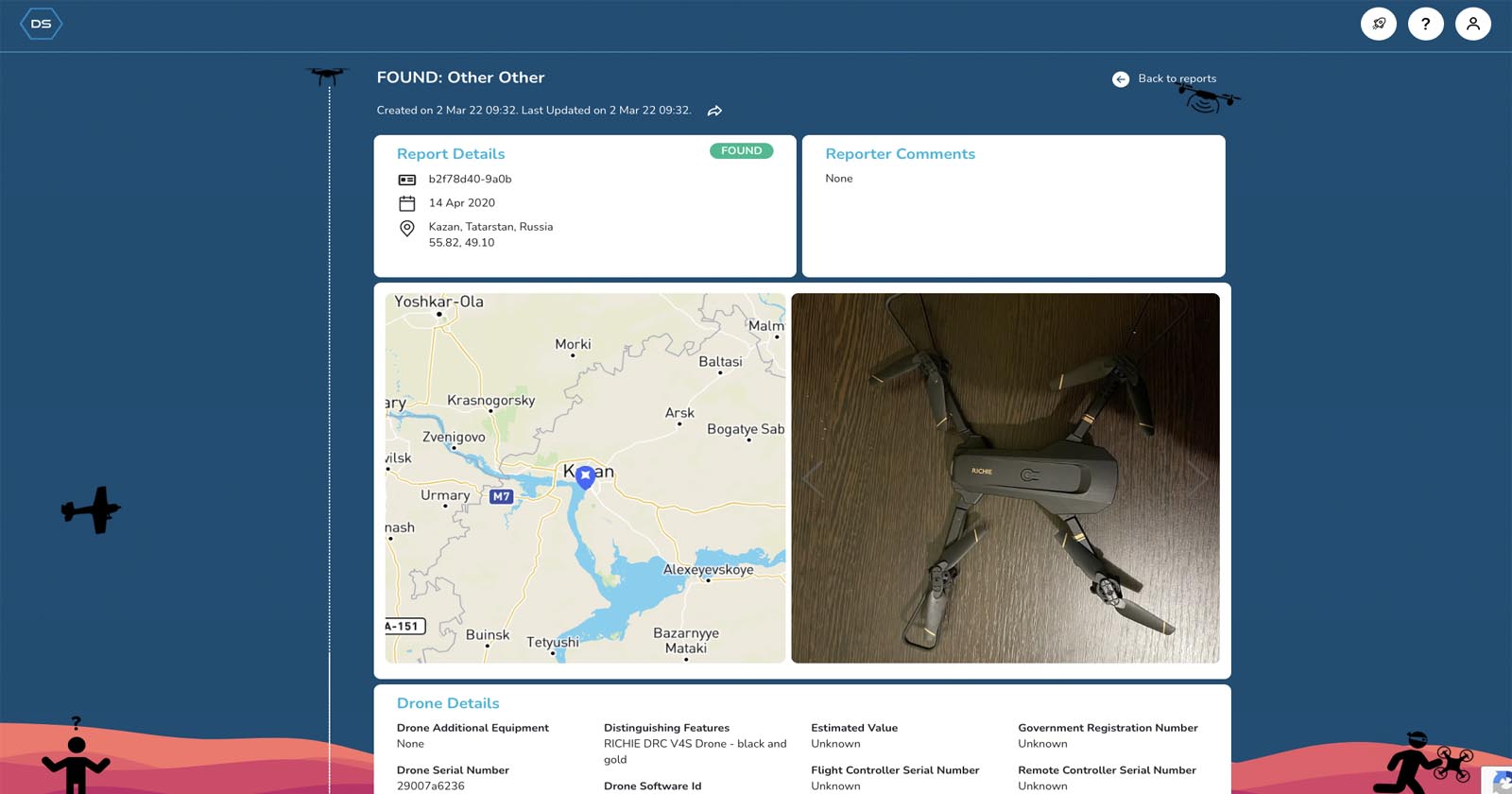 The system is free for people who want to report a drone as stolen or missing and people who have found a drone. People who want to purchase a second-hand drone can also use Stolen Drone for free. By checking the website to see whether a drone for sale may have been stolen before, you can prevent people from becoming a victim of trespassing.

If you want to use the automatic search of external marketplaces, you pay a small monthly fee. DroneSec also offers companies or governments the option to connect to the system for a fee. This makes it possible, for example, to immediately receive an automatic notification as soon as a flight with a stolen drone is detected.

The website currently lists dozens of drones as stolen or missing. It almost exclusively concerns drones from DJI, up to and including a Matrice 300 RTK with a purchase price of thousands of euros. Drones from Parrot, Autel Robotics and senseFly are also included in the overview of missing drones. At the time of writing, only three drones have “found” the tag. 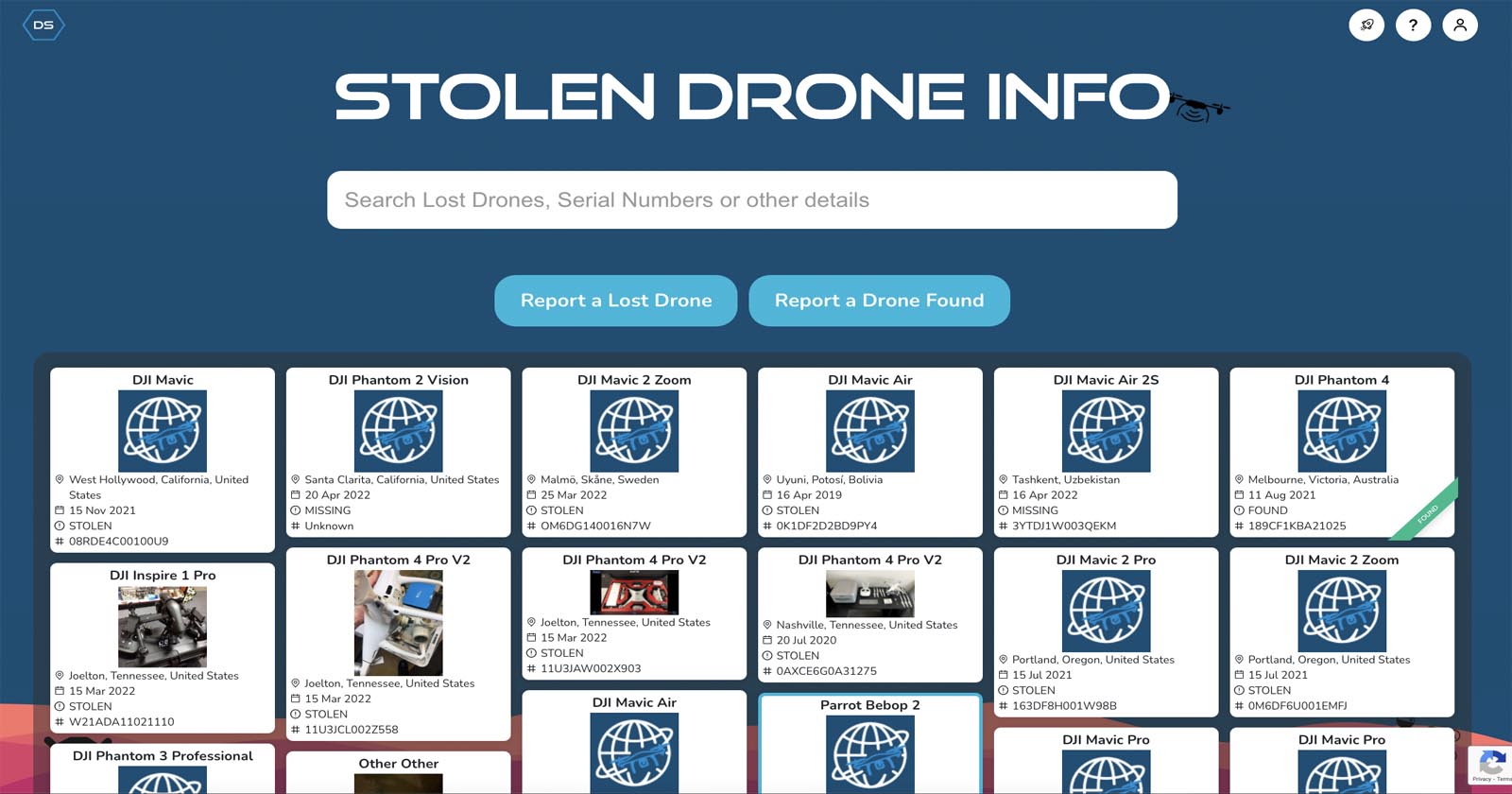