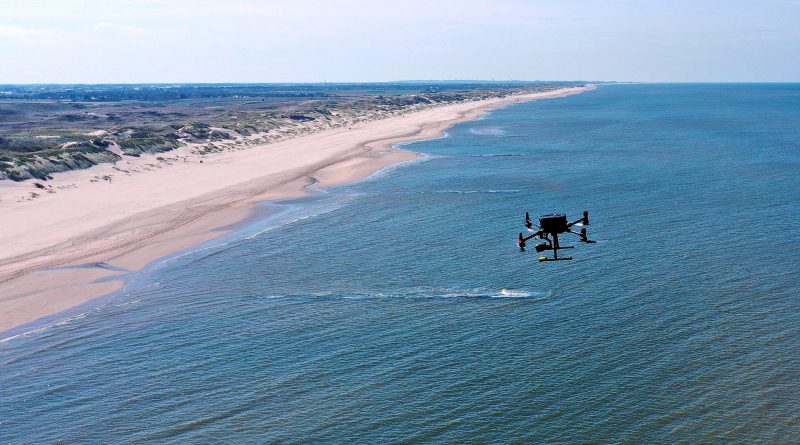 Under the working title “Safe coastal, beach and dune tourism”, a pilot project is being launched in the Kop van Noord-Holland, the Netherlands, to investigate how drones can be used to recognize rip currents and to locate drowning people. The project is an initiative of the Maritime Emerging Technologies Innovation Park Noord-Holland (METIP), in collaboration with DroneQ Aerial Services and the Dutch Rescue Brigade Den Helder. The project is made possible by the Region Deal Maritime Cluster Kop van Noord-Holland, the Netherlands.

Every year there are several victims in the Netherlands due to strong tidal currents in the sea. Rip currents occur near sandbanks. As a result of receding seawater at low tide, strong currents are created, which, in combination with offshore wind, can cause dangerous situations. As a result, many people in the Netherlands have drowned in recent years, mostly inexperienced swimmers.

Therefore, the Rescue Brigade is keen to be able to respond better to rip currents. Drones may play an important role in this. Drones are expected to be able to recognize a rip current from the air at an early stage and sound the alarm if a potentially dangerous situation arises. Drones can also be used to locate drowning people and even throw off life jackets. 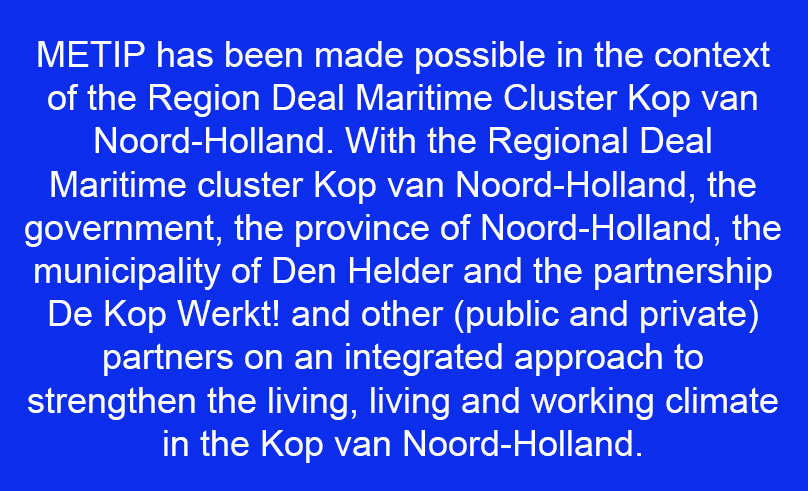 To achieve this in practice, the Den Helder Rescue Brigade will be carrying out a pilot project starting in May. The driving force behind the project is METIP. Last year it was demonstrated on Texel how a drone can track down a drowning person. This demonstration will now be followed up by a number of test flights that will be carried out next week together with the Rescue Brigade. DroneQ is involved in the project as a drone operator.

“During the tests, we will first photograph a number of rip currents. At first only the currents, later also with a test subject and floating objects in such a current. We will then analyze this data together with the other partners. We want to be able to automatically recognize rip currents using machine learning and artificial intelligence. In this way, the Rescue Brigade can take proactive measures as soon as a dangerous situation develops,” explains John Troch of DroneQ.

Recognizing rip currents is one main goal of the project. A second goal will be the use of drones to locate drowning people. “The Rescue Brigade often receives a report without concrete indications as to the position of the person in distress. Precious minutes are lost during the search process. A drone can speed up this process.”

A third step involves dropping life saving equipment, such as a life jacket or flotation device. This allows a person to survive longer, at least until the rescue workers are able to reach the right place. DroneQ has developed an add-on for this purpose that can be used to drop a floating device from a distance.

Initially, ten test flights will be conducted. Based on the results, METIP will draw up a project plan, in which it is further elaborated how drones can be integrated into the work processes of the Rescue Brigade. “I can well imagine that the Rescue Brigade itself will become a drone operator at some point, and that METIP will facilitate them by providing training, for example,” says Troch.

To promote knowledge sharing, all Rescue Brigades in the Kop van Noord-Holland will be involved in the project and the project findings will be made available to first respond services.

The test flights will initially be performed with a DJI M300 multirotor drone. At a later stage it will be examined whether the Autel Dragonfish can be used for this purpose. This is a VTOL fixed-wing drone with a flight range of tens of kilometers. As a result, the entire Dutch coast could be covered by a limited number of drones. “But flying beyond visual line of sight – BVLOS – is unfortunately still problematic in the Netherlands. That is why we initially stick to EVLOS”, explains Troch.

In addition to recognizing dangerous rip currents from the air and locating drowning people, a number of additional applications may be investigated, namely the detection of dune fires, surveillance for trespassing protected dune areas and counting flora or fauna. In this case, however, the flights have to be carried out above Natura 2000 areas. DroneQ says it has an advantage in that area, due to experience gained with drone assignments above the Veluwe and other nature reserves. In any case, any flights over dune areas are coordinated with the relevant nature managers.

What does the future look like? Troch: “I expect that in a few years’ time there will be a number of regional drone command centers, spread over strategic places in the Netherlands. From there, all kinds of operations will be initiated and supervised, varying from inspections to drone deliveries and rescue missions. The drones will then fly autonomously, there is really no drone pilot involved. Because autonomy is an important element for economic feasibility and for achieving an acceptable level of safety. ” 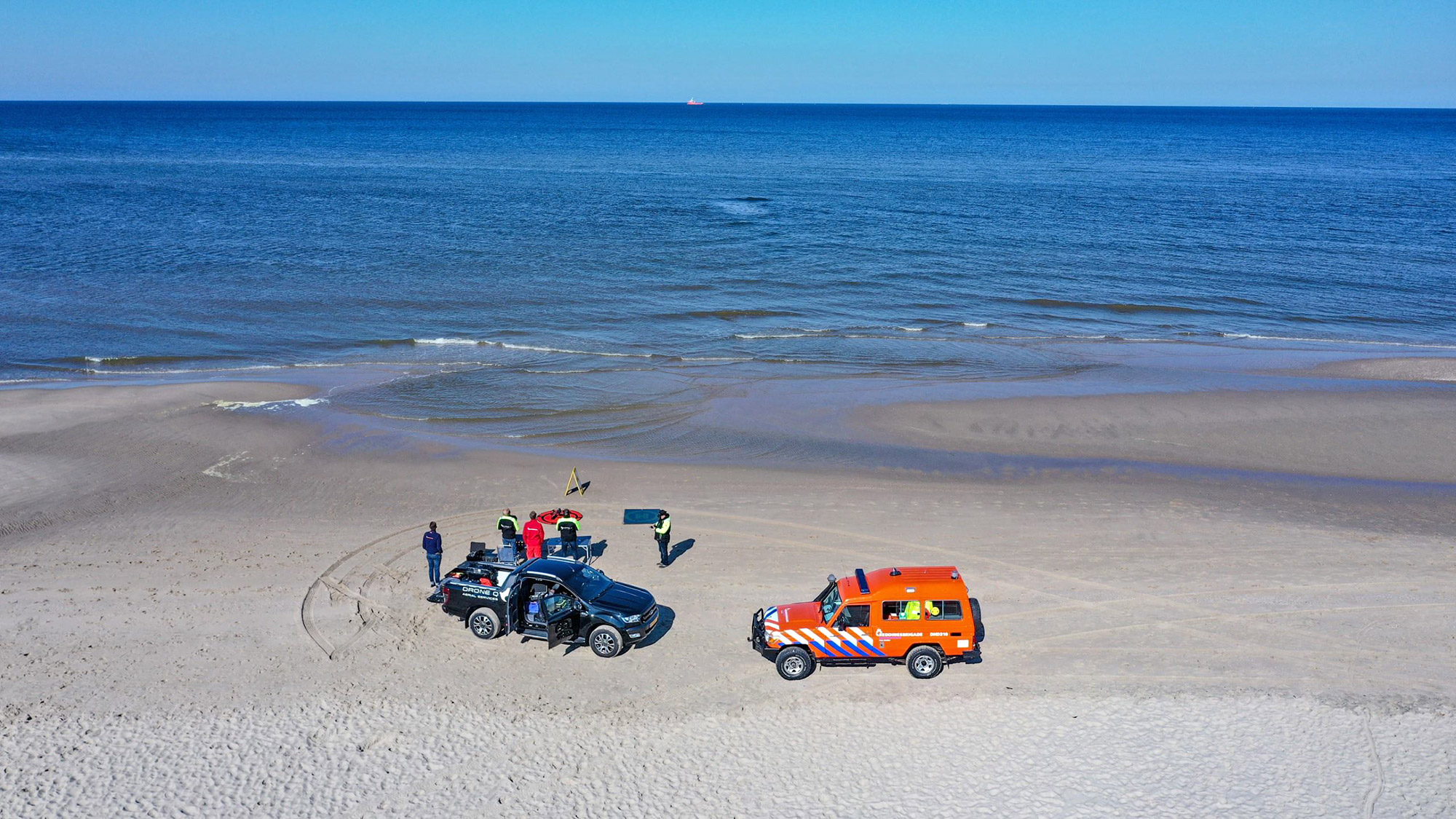 METIP is part of the Region Deal Maritime Cluster Kop van Noord-Holland for innovation and technology application of so-called “emerging technologies”. The program sets up a cluster where companies, entrepreneurs, start-ups, knowledge and training institutions, civil society organizations, citizens and government work together on innovation to strengthen the maritime, marine and offshore (energy) sector. METIP is developing as an independent organization.

For innovations in technology or application, the program offers access to facilities and facilities, such as support with business & market development, information about and support in finding funding and subsidies, flying locations for test flights with drones, indoor test and flying location for drones, mobile outdoor field labs for command centers.

The realization of a drone port in Den Helder with assets for flying, testing, training and education and a specific drone corridor to the North Sea is explicitly mentioned in the Regional Deal. METIP is open to any company that wants to create business in the Kop van Noord-Holland in ’emerging technologies’ in partnership with a high-quality and innovative ecosystem. 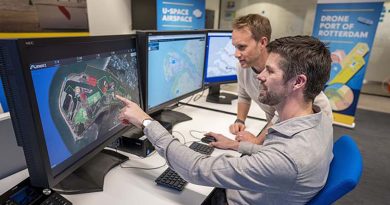 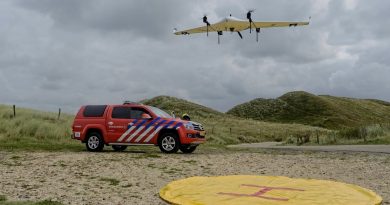 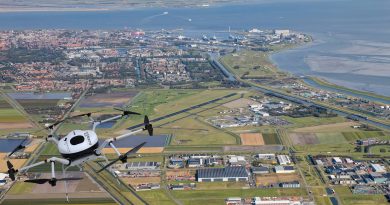